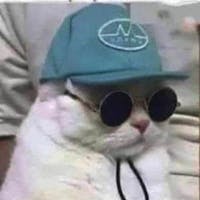 Subscribe to my newsletter and never miss my upcoming articles

What is a collocation?

If you look closely, these phrases or combination of words often occur together in a piece of text. Although they don't always have to be related (i.e. idioms, which don't share any lexical relation) they do give insights into the meaning and emphasis of the word. Take the combination valiant heart for example; valiant being an adjective here is adding some depth to the meaning of heart. However, when you figure out their meanings separately they no longer give the same sense they make together. Same goes for other combinations in the list as well.

These are called collocations. Words occurring in a certain proximity to each other, maintaining some relation that signifies their meaning.

PMI or pointwise mutual information is an easy to use tool for discovering collocations in text. It's a frequency based technique and, originally introduced by Fano in 1961. But what does it do actually?

In easier words, PMI gives you the probability of one word showing up in a piece of text given that some word has showed up before it. Let's assume that we want to know the probability x occurring given that y has already occurred. According to Fano,

As we can see from the equation above, PMI is basically measuring the conditional probability of x given y. What if we have the opposite case and have to measure probability of y given x. Same thing. Just replace x with y in the equation.

With PMI cleared up, we can now select some text, tokenize it and create every possible combination from them and check for collocation using PMI. We can create n-gram combinations but for the sake of keeping this article simple, I'll be creating bigrams (n=2) only.

I'll be using this text on flowers collected from Wikipedia.

I don't want to reinvent the wheel for tokenization and bigram generation so I'd be using Spacy and NLTK to do these.

Create a virtualenv or conda env and install spacy and nltk. Make sure to download the spacy language model for English!

Now in our python script,

When you create a doc using a Spacy model, it automatically creates tokens for the doc. All we have to do now is to count the number of tokens.

Will be using NLTK for this. Why? Because Spacy doesn't have anything for bigrams.

Part - 6 : Select the bigram to query for

Going through such a large list of bigrams is going to be tiring. Instead we're going to choose some specific bigrams, the ones that have the word sunflower in them. In the end we'll be checking PMI for sunflower seed, sunflower oil, sunflower field. You can check for other bigrams as you like.

Part - 7 : Getting the frequencies

Part - 10 : Checking for other query bigrams

The higher the PMI score, the more likely it is for a combination to have a collocation. However, in case the PMI is 0, there's no collocation.

This table was generated using tabulate.

Despite doing our job, PMI has its weaknesses. It's prone to frequency bias and will weight lower or 0 frequency terms more over higher frequency terms. This may result in wrong collocation relation. One way to fix this is to apply Laplace Smoothing or use another technique called Chi Square

But there is evidence that sparseness is a particularly difficult problem for mutual information. To see why, notice that mutual information is a log likelihood ratio of the probability of the bigram P(w1w2) and the product of the probabilities of the individual words P(w1)P(w2). Consider two extreme cases: perfect dependence of the occurrences of the two words (they only occur together) and perfect independence (the occurrence of one does not give us any information about the occurrence of the other). - Manning, Christopher

I'll leave the task of checking PMI for other bigrams to you. Tschüss und guten Tag!